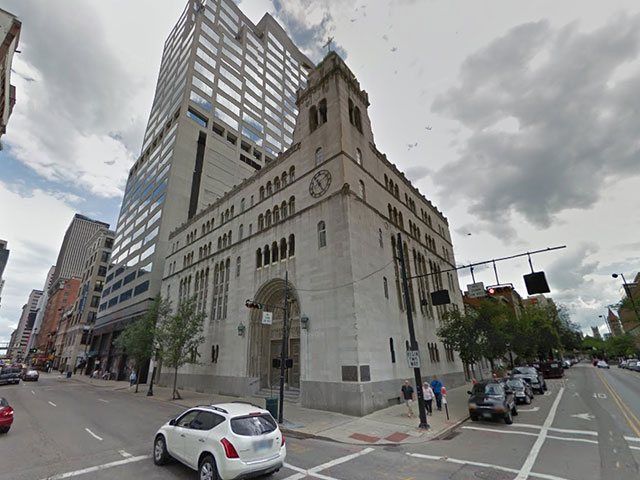 Local contracting companies, from air conditioners to electricians, have teamed up to form a group called Mechanical Optimizers to help local nonprofits with the upkeep of their operations.

The newly formed group creates, for the first time, a single point of contact for an audit of a nonprofit’s building’s situation and help with the budgeting and finding grants and funds for the project. All of this, remarkably, is done free of charge for the area’s churches, mosques and many other private institutions.

Jeff Wilmink, an executive at Century Mechanical Solutions since 2012, said that he noticed an acute need for long-term strategies for local nonprofits to maintain their buildings. He told UrbanCincy that he saw institutions were not spending money on proper upkeep and were repairing things that long needed to be replaced. With no master plan for how/what to fix, these nonprofits were putting band-aids on visible problems while invisible problems were compounding, thus creating crisis situations that cost much more money to fix.

With this in mind, he created Mechanical Optimizers to help local nonprofits be proactive and find funds to proactively tackle such projects. When I asked Jeff whether there was a light-bulb moment for this idea to come about, he told me of a call he received from the pastor at St. Louis Church downtown.

The pastor, he said, called because of a noise coming from the basement. After traversing an old, narrow stairway with limited access and even more limited use, Wilmink’s team found an ancient boiler that was leaking, and a basement covered in asbestos. The emergency fix needed for St. Louis Church ended up being much more costly than it would have otherwise been if fixed sooner.

There is not much blame to lay, either. Leaders of nonprofit organizations often do not know or understand the mechanical problems going on in their buildings and, therefore, do not know to fix it. In addition, technicians will often solve superficial problems that create short-term fixes, but neither party tends to think about what will need to be done in a year, five years or ten years.

Add this to the tight budgets of local nonprofits, and many cruise from emergency to emergency without ever fixing the underlying problems in their aging buildings.

“It’s irritating that we’ve allowed these buildings to get in the condition they’re in,” said Wilmink. He continued by saying that many institutions will spend thousands of dollars on cosmetic fixes while the mechanics of their building are literally rotting; or spend $25,000 every other year to fix a unit in order to save $75,000 upfront.

Mechanical Optimizers comes into the equation by offering to provide a free assessment of a nonprofit’s building. Then, after telling “the blunt truth” about what it will take to fix it right, Wilmink and his team will help locate grants and create a budget for fixing the problem and updating aged equipment.

The goal is to be smarter about maintaining a building’s mechanical systems so that high-priced emergency projects do not emerge later. Furthermore, Wilmink says that the very nature of these buildings – churches, mosques, markets, etc. – means finding funds can often be easier once the problem is identified, because someone is typically willing to step up and donate money to help out.

There is, as you might suspect, more to it for Mechanical Optimizers than the charitable work. Once they complete their free assessment, Wilmink says that they will often times submit a bid to perform the work like they would for any other project. Essentially, Mechanical Optimizers has found a way to combine charitable work with their daily business operations. At the same time, this “no agenda” charity is helping many local nonprofits save thousands of dollars.

One of the biggest savings that nonprofits typically receive comes from technology and equipment that can replace outdated systems with ultra-efficient units.

When asked about how government policies help or hinder his efforts, Wilmink pointed to a recent program in New Jersey where the state will pay 80% of the costs for upgrading systems and improving efficiency. The money for the program, he explained, comes from funds utility companies there are mandated to set aside for the state to use for such purposes.

In addition to St. Louis Catholic Church, Wilmink says that Mechanical Optimizers has worked on Old St. Mary’s Catholic Church, Findlay Market, the Islamic Center of Greater Cincinnati, and a slew of other buildings throughout the region.

Pointing to the work’s importance, the contractors involved with the group say that they will do whatever it takes to offer up their help and get the project done.

“If you want our help, we’ll find a way to make it happen.”